Sound Native Plants offers slope stabilization designs that specialize in using vegetation and soft materials instead of concrete and rebar. Vegetated slope stabilization (also known as “bioengineering”) has been used in Europe for decades and has steadily been gaining widespread acceptance in the United States. Bioengineering integrates quick-rooting plant materials with soil stabilization products made from soft materials such as coconut fiber. The resulting slopes are stabilized and vegetated at a fraction of the cost of traditional retaining walls, crib walls or gabions. 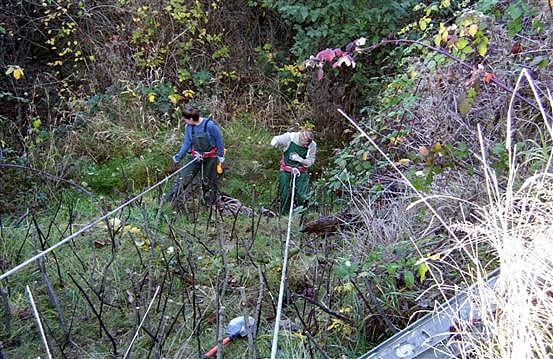 Bioengineered slopes have the added benefit of providing habitat for birds and wildlife. Many local jurisdictions are increasingly requiring bioengineering to stabilize slopes in sensitive environments such as along streams and wetlands. 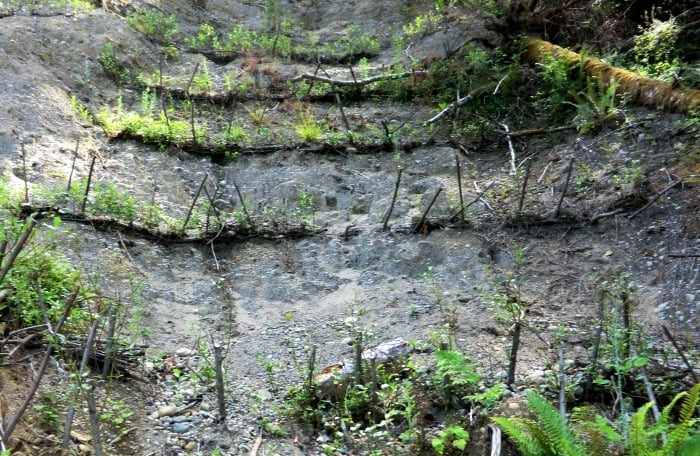 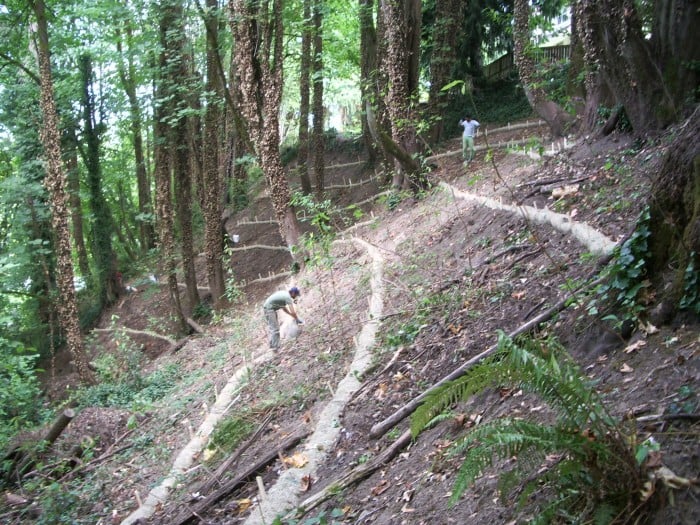