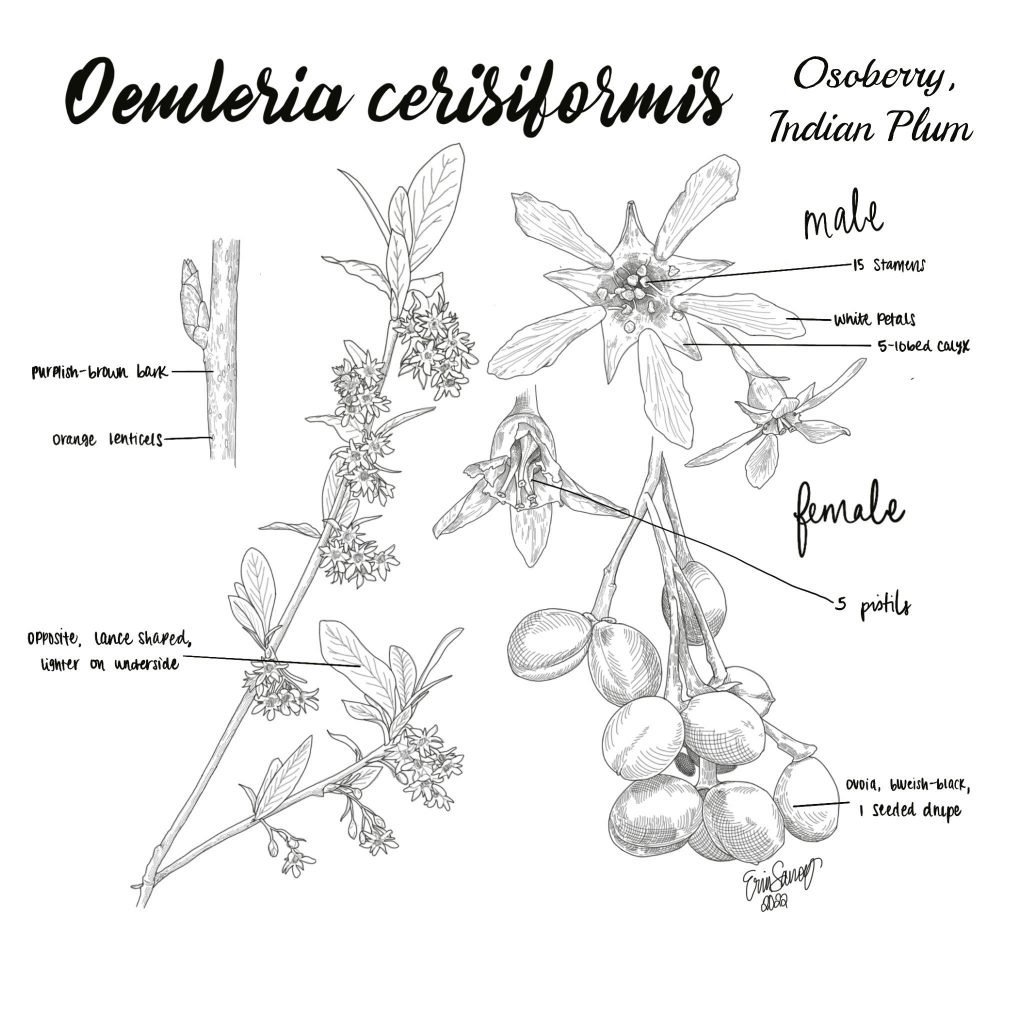 Oemleria cerasiformis (Osoberry or Indian Plum) is one of my (Erin) personal favorite native shrubs, especially in early spring when it signals that we are emerging from winter’s bony clasp. Usually the first of the native shrubs to bloom, osoberry takes full advantage of the early sunlight before overstory trees produce leaves and shade, while pollinators can visit the flowers before there are many other sources available.

The only species in its genus Oemleria, this iconic deciduous shrub is easy to identify once you become acquainted. It grows in an erect form about 15-20 ft high, with leaf buds that also reach upwards. Its bark is a purplish-brown color and the stems have noticeable orange lenticels (or pores). If you cut the stem in half you will find a chambered pith in the center. The leaves are broadly oblong, alternate, narrowed at each end, presented on a short petiole, and are bright green with a paler underside. Younger leaves have a cucumber-like scent and flavor to them. 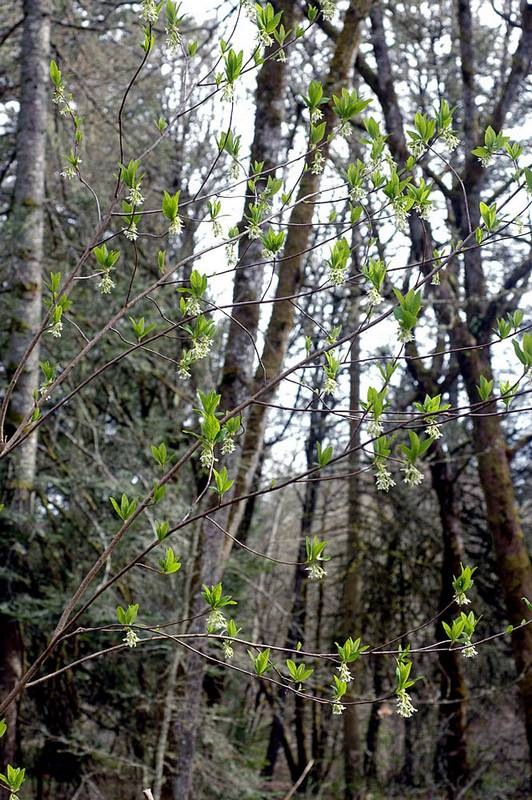 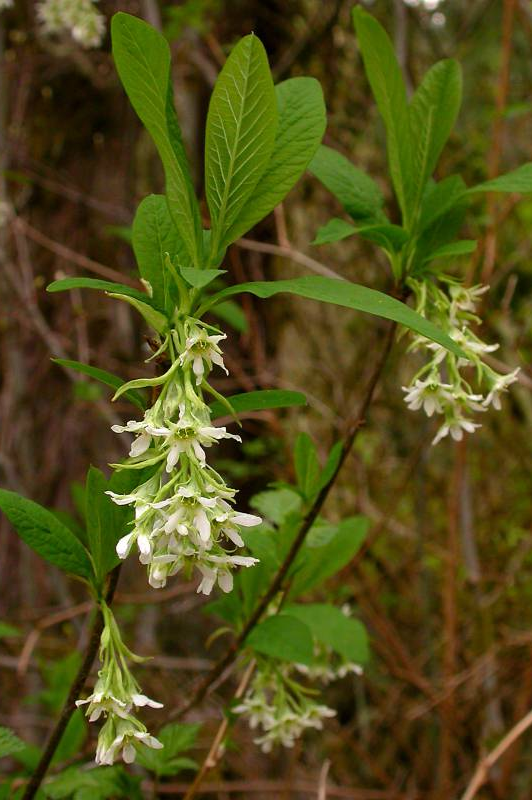 Indian plum is a dioecious plant, meaning that the imperfect male and female flowers occupy separate individuals, which bloom between February – April. The flowers hang loosely in racemes at the ends of branches, which blossom as soon as leaves develop. Each flower has five white petals, a fused lobed calyx, and either 15 stamen or five pistils depending on the sex of the plant. Purplish plum-like single seeded drupes that female plants put forth in May – June give the plant its name. This species is in a prunoid sub-family within the Rosaceae family, and is closely related to stone fruits such as true plums, apricots and almonds. 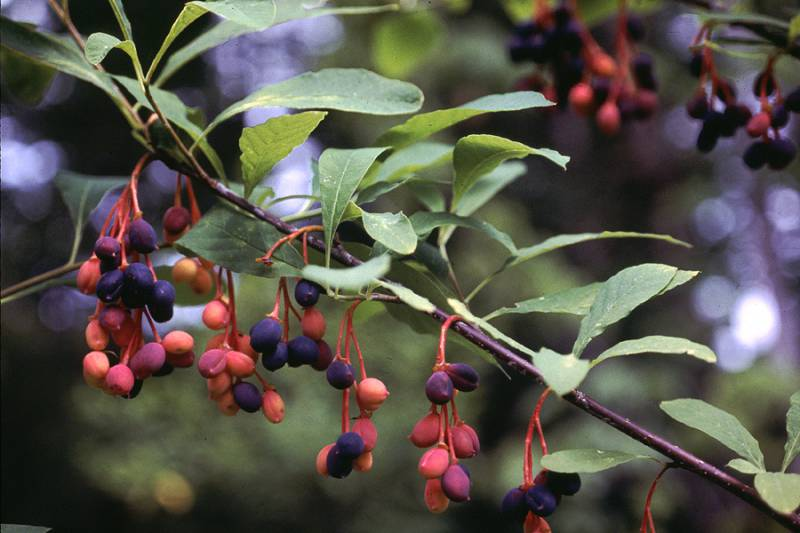 This wild edible is native west of the Cascades from British Columbia to California. It is particularly abundant in the lower elevations from extreme southwest British Columbia to the Willamette valley and its surrounding foothills. Osoberry is common in lowland wetland forests, riparian thickets, moist open woods and forest edges, but is also found in chaparral, canyon, and coastal scrub habitats. Despite preferring wet conditions it is also quite tolerant and will withstand drought and dry conditions.

As it succeeds so well in disturbed areas, it is great to plant along roadsides or trails and is quite popular in PNW restoration projects. This is primarily due its wide tolerance for various shade and moisture regimes, its rapid growth, and its thicket-forming suckering habit. This is a great choice for greenbelts and stormwater facilities due to its formation of fibrous roots that help mitigate soil erosion. Plus the flowers provide a nectar source for hummingbirds, butterflies, bees, and other pollinators. Their fruits are eaten by birds and mammals such as foxes, coyotes, deer, and bears. This is also an important food source and ceremonial medicinal plant for the Cowlitz, Karok, Kitasoo, Kwakiutl, Lummi, Makah, Nitinaht, Quinault, Skagit, Snohomish, and other Native and First Nations peoples of the PNW, British Columbia, and northern California.